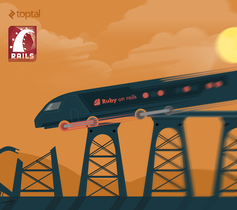 The 10 Most Common Mistakes That Rails Developers Make

Ruby on Rails (“Rails”) is a popular open source framework, based on the Ruby programming language that strives to simplify and streamline the web application development process.

Rails is built on the principle of convention over configuration. Simply put, this means that, by default, Rails assumes that its expert developers will follow “standard” best practice conventions (for things like naming, code structure, and so on) and, if you do, things will work for you “auto-magically” without your needing to specify these details. While this paradigm has its advantages, it is also not without its pitfalls. Most notably, the “magic” that happens behind the scenes in the framework can sometimes lead to headfakes, confusion, and “what the heck is going on?” types of problems. It can also have undesirable ramifications with regard to security and performance.