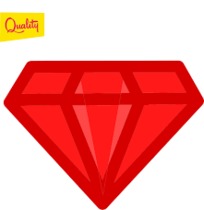 Rails Engines is basically a whole Rails app that lives in the container of another one. Put another way, as the docs note: an app itself is basically just an engine at the root level. Over the years, we’ve seen sen engines as parts of gems such as devise or rails_admin. These example show the power of engines by providing a large set of relatively self-contained functionality “mounted” into an app.At some point, there was a talk that suggested the approach of putting my our functionality into engines and that the Rails team seemed to be devoting more and more time to make them a first class citizen. Our friends at Pivotal Labs were talking about it a lot, too. Sometimes good and sometimes not so good. Brian Leonard Rails 4 Engines @ 11 Feb 2014 architecture rails ...
TechRabbit: Rails 4 Engines #ruby #rails #rubyonrails #bosnia #programming #tutorials #rubydeveloper #railsdeveloper