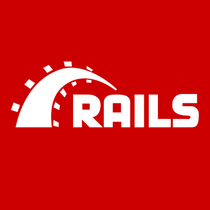 Tailwind CSS is a utility-first CSS framework packed with classes like flex, pt-4, text-center and rotate-90 that can be composed to build any design, directly in your markup.Tailwind CSS for Rails works with both the asset pipeline and Webpacker.When use with the asset pipeline, production-mode purging of unused css class names is provided by a Sprockets compressor built into this gem. This compressor ensures that only the css classes used by files in app/views and app/helpers are included. In development mode, the full 3mb Tailwind stylsheet is loaded. In both cases, Tailwind CSS is configured for dark mode, forms, aspect-ratio, typography, and the Inter font. If you need more configuration than that, you'll need to use it with Webpacker.When used with Webpacker, Tailwind CSS is installed as a postCSS processor. Refer to the TailwindCSS documentation to customize your tailwind.config.js file.
Tailwind CSS #ruby #rails #rubyonrails #bosnia #programming #tutorials #rubydeveloper #railsdeveloper