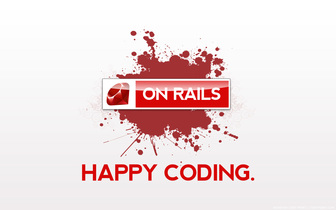 Ruby was initially designed to be a successor of the Perl programming language, which also means that it inherited a lot of Perl's expressiveness. To celebrate this, the TRIC¹ contest was invented:Write the most Transcendental, Imbroglio Ruby program!Illustrate some of the subtleties (and design issues) of Ruby!Show the robustness and portability of Ruby interpreters!Stabilize the spec of Ruby by the presence of valuable but unmaintainable code!The best submissions were awarded at the Japanese Ruby Kaigi conference and also included in the Ruby source, for educational purpose. The winning submissions² of 2018 were:¹ Transcendental Ruby Imbroglio Contest² All code is MIT licensed, Copyright (c) 2018, TRICK Winners and Judges.
Ruby TRICKS of 2018 #ruby #rails #rubyonrails #bosnia #programming #tutorials #rubydeveloper #railsdeveloper