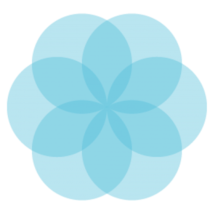 Avro::Builder provides a Ruby DSL to create Apache Avro Schemas.This DSL was created because:The Avro IDL is not supported in Ruby.The Avro IDL can only be used to define Protocols.Schemas can be extracted as JSON from an IDL Protocol but support for imports is still limited.Additional background on why we developed avro-builder is provided here.FeaturesThe syntax is designed for ease-of-use.Definitions can be imported by name. This includes auto-loading from a configured set of paths. This allows definitions to split across files and even reused between projects.Record definitions can inherit from other record definitions.Schema Store to load files written in the DSL and return Avro::Schema objects.
Ruby DSL to create Avro schemas #ruby #rails #rubyonrails #bosnia #programming #tutorials #rubydeveloper #railsdeveloper