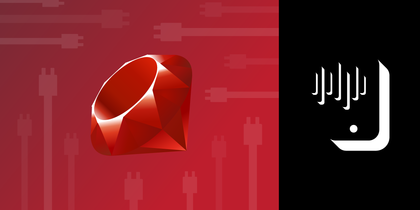 Record a Call in Ruby with Vonage Voice API WebSockets

The Vonage Voice API WebSockets feature recently left Beta status and became generally available. WebSockets allows you to create two-way communication over a single persistent TCP connection. You do not need to handle multiple HTTP requests and responses with WebSockets. A single WebSocket connection can enable text and binary data communication continuously, with only a single connection opened.While WebSockets can simplify the HTTP response and request cycle, it is a different paradigm to build an application with. Thankfully, most commonly used programming languages have WebSocket tooling that can help take some complexity out of the process.
Record a Call in Ruby with Vonage Voice API WebSockets #ruby #rails #rubyonrails #bosnia #programming #tutorials #rubydeveloper #railsdeveloper