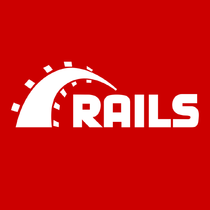 Dealing with incoming email, composing rich-text content, connecting to multiple databases, parallelizing test runs, integrating JavaScript with love, and rewriting the code loader. These are fundamental improvements to the fundamentals of working with the web and building fast and fresh applications. This is the kind of work we’ve been doing for the past fifteen years, and we’re still at it. THIS IS RAILS SIX!And that’s just the headline improvements! Since Rails 5.2 was release a little over a year ago, we’ve continued our high pace of improvement all over the framework. In 2019 alone, we’ve had 341 code contributors submit improvements and fixes. We’ve tried to summarize just some of the goodies in the release notes, but there are many more than that.
Rails 6.0: Action Mailbox, Action Text, Multiple DBs, Parallel Testing, Webpacker by default, and Zeitwerk #ruby #rails #rubyonrails #bosnia #programming #tutorials #rubydeveloper #railsdeveloper

rails/thor: Thor is a toolkit for building powerful command-line interfaces.