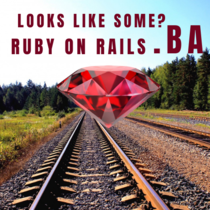 Our Experience Porting the YJIT Ruby Compiler to Rust

Last year, my team at Shopify implemented YJIT, a new Just-In-Time (JIT) compiler for CRuby, which was recently upstreamed as part of Ruby 3.1. Because the CRuby codebase is implemented in C99, we also decided to implement YJIT in C99 so that integration with the rest of the CRuby codebase would be as simple as possible. However, we found that implementing a JIT compiler in plain C quickly became tedious, and as we kept adding features to YJIT, we found that the complexity of our project became hard to manage.
Our Experience Porting the YJIT Ruby Compiler to Rust #ruby #rails #rubyonrails #bosnia #programming #tutorials #rubydeveloper #railsdeveloper