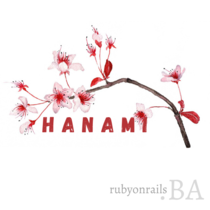 In the previous episode, I showcased the possible implementation of the Sitemap generation for your Hanami applications. If you're new to the channel, make sure you check that out as today I'll make a direct improvement on that topic.My sitemap generation works great, however, it's not production ready yet, because generating a sitemap can take a while for bigger collections.It doesn't matter if you want to send an email, upload a file, or perform some expensive calculations, I've always trying to minimize the time my server is blocked by a single request.In this particular case, I don't want to block my server until the sitemap generation is finished. If I would, my blog authors would be frustrated by waiting for too long after publishing a post!.
Integrate Sidekiq with Hanami Applications | Hanami Mastery #ruby #rubydeveloper #rubyonrails #applications #hanami #sidekiq