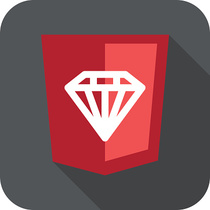 How I Reduced my DB Server Load by 80%

Database load can be a silent performance killer. I’ve been optimizing the query performance of a web app I run designed to get people involved in open source, but was seeing random spikes of query times to 15 seconds or more. While I had been seeing this behavior for some time, I only recently began tuning my database queries. You can read about my efforts to First I sped up my home page with some indexes(and Rack Mini Profiler). Then I tracked down and killed some expensive queries. After these major improvements the average response time was around 50ms and my perc95 was under 1 second. Yet, I had this annoying issue where in a 24 hour period, my perc95 response times would shoot up to maybe 15 seconds or 30 seconds and start timing out for a short period of time. This post is about me finding and fixing that issue which resulted in a net 80% decrease in my database load.

A Scoop of Sorbet - First Impressions