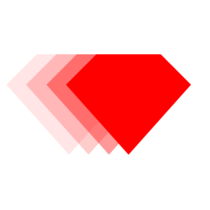 Ruby 3x3 is coming in about a month. One of its new concurrency primitives is Ractors, which used to be called "Guilds." (The other new concurrency primitive is Autofibers.)Ruby has a Global VM Lock (GVL), also called the Global Interpreter Lock (GIL), that prevents running Ruby code in more than one thread at once. So Ruby threads are great for I/O like waiting on files or databases. And they're great for cases where a C extension can keep calculating in a background thread while a foreground thread runs Ruby. But you can't do calculations in Ruby in more than one thread at once within the same process.At least not until Ruby 3 and not without Ractors.Great! Now how fast is the current implementation of Ractors?.
How Fast Are Ractors? #ruby #rails #rubyonrails #bosnia #programming #tutorials #rubydeveloper #railsdeveloper

Fibers are the Right Solution