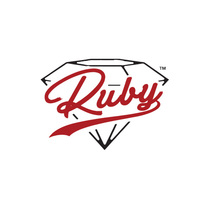 Just about a fortnight ago, I became a father. I acquired new responsibilities, one of which is to make sure our newborn gets his supplements. In our case, I must give a drop of vitamin D to our son every day for a year. My partner asked me to remind her about this. I could use a reminder on my phone for this, but I miss reminders – I have all notifications turned off.The Raspberry Pi is a functional computer with modest specs for portability. The official OS on the Raspberry Pi is Raspberry Pi OS which is based on Debian, a Linux distribution. It comes loaded with free and open-source software. Two of which I used for our project: Ruby and systemd.I just got a Raspberry Pi (RPi) and I thought a fun way to make use of it would be to delegate the reminding to it so that it sends daily SMS messages to my partner to give our little one his Vitamin D drop.
Emmanuel Hayford · Ruby · Elixir · Go #ruby #rails #rubyonrails #bosnia #programming #tutorials #rubydeveloper #railsdeveloper