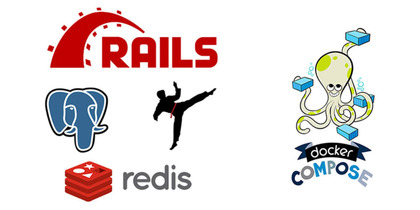 After this tutorial, you'll understand what the benefits of using Docker areand will be able to:Install Docker on all major platforms in 5 minutes or lessRun an example Rails 5 app that uses a bunch of best practicesKnow how to write a DockerfileRun multiple Docker containers with Docker ComposeWhat Is Docker and Why Is It Useful?Docker allows you to package up an application or service with all of its dependencies into a standardized unit. This unit is typically labeled as a Docker image.Everything the application needs to run is included. The Docker image contains the code, runtime, system libraries and anything else you would install on a server to make it run if you weren't using Docker.To get a better idea of how Docker will affect you on a day to day basis as asoftware developer I highly recommend you read one of my previous blog posts which will save you from years of turmoil by using Docker.
Dockerize a Rails 5, Postgres, Redis, Sidekiq and Action Cable Application with Docker Compose #ruby #rails #rubyonrails #bosnia #programming #tutorials #rubydeveloper #railsdeveloper