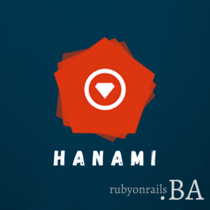 Building a chat with Hanami and Hotwire

The idea was to have an “ephemeral chat”, i.e. one where messages are not persisted on the server. When you join the room, you receive messages and can participate in the conversation. But at all time communication in only available to people who are actually in the chat. In that regard, it works more or less like IRC.To build such things, we need some kind of a PubSub solution. We could use something like PostgreSQL’s LISTEN/NOTIFY or Redis, but I wanted to keep the project free of such dependencies. This is why I decided to employ Iodine.
Building a chat with Hanami and Hotwire #ruby #rails #rubyonrails #bosnia #programming #tutorials #rubydeveloper #railsdeveloper