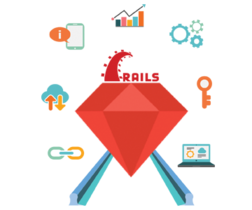 An investigation into Ruby's C, stdlib, interfaces, libraries, tooling, and ecosystem into what, exactly, Ruby thinks a Boolean is.Ruby has the literals true and false, which are the only constructors for TrueClass and FalseClass, respectively. It’s common to think of those as Booleans. It can also make sense to think of them as bits, depending on the need.But to quote Stafford Beer, the purpose of a system is what it does. What does TrueClass and FalseClass do?.
Booleans don't exist in Ruby #ruby #rails #rubyonrails #bosnia #programming #tutorials #rubydeveloper #railsdeveloper

A Simple Way to Find Known Memory Leaks in Your Dependencies