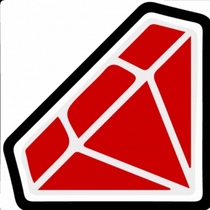 One of the principles of testing is that tests should be deterministic. The passing or failing of a test should be determined by the content of the application code and nothing else. All the tests in the test suite should pass regardless of what order they were run in, what time of day they were run, or any other factor.For this reason we have to run tests in their own encapsulated world. If we want determinism, we can’t let tests talk to the network, because the network (and things in the network) are susceptible to change and breakage.Imagine an app that talks to a third-party API. Imagine that the tests hit that API each time they’re run. Now imagine that on one of the test runs, the third-party API happens to go down for a moment, causing our tests to fail. Our test failure is illogical because the tests are telling us our code is broken, but it’s not our code that’s broken, it’s the outside world that’s broken.
A VCR WebMock "hello world" tutorial - Code with Jason #ruby #rubydeveloper #rubyonrails #code #tutorial #webmock