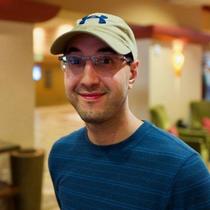 You could use this example app as a base for your new project or as a guide to Dockerize your existing Rails app.The example app is minimal but it wires up a number of things you might use in a real world Rails app, but at the same time it's not loaded up with a million personal opinions.For the Docker bits, everything included is an accumulation of Docker best practices based on building and deploying dozens of assorted Dockerized web apps since late 2014.This app is using Rails 6.1.0 and Ruby 2.7.2. The screenshot doesn't get updated every time I bump the versions:.
A production ready example Rails app that's using Docker and Docker Compose. #ruby #rails #rubyonrails #bosnia #programming #tutorials #rubydeveloper #railsdeveloper