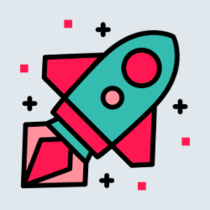 A Migration Path to Bundler 2

The original release of Bundler 2, which is version 2.0.0, required such a recent RubyGems version that none of the released Ruby versions had a recent enough RubyGems version shipped with them. Bundler 2 also requires Ruby 2.3 , and finally drops support for Ruby 1.8.This RubyGems version requirement was quickly found as problematic, and as a result Bundler 2.0.1 was released to lower the RubyGems version requirement to RubyGems 2.5. All versions of Ruby supported by Bundler 2 (that is, Ruby 2.3 ) ship with RubyGems 2.5 or newer, but the blog post did not make this clear.This resulted in a lot of confusion. Most repositories ended up explicitly updating RubyGems in CI to make Bundler 2.0.0 work, as mentioned in the original blog post.To summarize, it is not needed to update RubyGems to use Bundler 2.0.
A Migration Path to Bundler 2 #ruby #rails #rubyonrails #bosnia #programming #tutorials #rubydeveloper #railsdeveloper