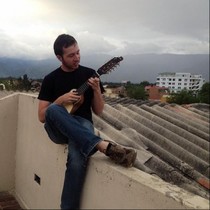 A framework for building evolutionary behaviors in Ruby

A framework for building evolutionary behaviors in Ruby.Evolutionary algorithms build upon ideas such as natural selection, crossover, and mutation to construct relatively simple solutions to complex problems. This gem has been used to implement evolutionary behaviors for visual, textual, and auditory experiences as well as a variety of AI agents.With a straightforward and extensible API, Evolvable aims to make building simple as well as complex evolutionary algorithms fun and relatively easy.The Evolvable AbstractionPopulation objects are composed of instances that include the Evolvable module. Instances are composed of gene objects that include the Evolvable::Gene module. Evaluation and evolution objects are used by population objects to evolve your instances. An evaluation object has one goal object and the evolution object is composed of selection, crossover, and mutation objects by default. All classes exposed by Evolvable are prefixed with Evolvable:: and can be configured, inherited, removed, and extended.
A framework for building evolutionary behaviors in Ruby #ruby #rails #rubyonrails #bosnia #programming #tutorials #rubydeveloper #railsdeveloper

From ActiveRecord to Diesel