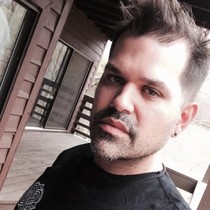 Reactive Rails is a term used to describe a particular design philosophy or architectural style of web application development using Ruby on Rails. The style sits in the middle of a hypothetical continuum having RESTful (aka "vanilla") HTML server-rendered apps on one extreme, and Rails API React or other front-end framework single-page applications (SPA) on the other.Reactive Rails empowers small teams of full-stack Rails developers to produce rich, real-time user experiences with server-rendered HTML and minimal JavaScript. It honors the motivating spirit of the Ruby on Rails framework, which is to allow small teams to do big things, while being unabashedly inspired by Phoenix LiveView, a competing web framework written in Elixir.
A comprehensive guide to online resources about "Reactive" Ruby on Rails development #ruby #rails #rubyonrails #bosnia #programming #tutorials #rubydeveloper #railsdeveloper