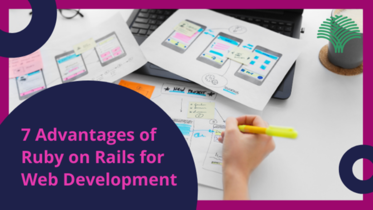 7 Advantages of Ruby on Rails for Web Development

When David Heinemeier Hansson launched the Ruby on Rails framework in 2005, he must have thought about all the questions of its future relevance.That’s why modern companies like Airbnb, Shopify, Twitter experience all the benefits of Ruby on Rails for web development.In its early years, Ruby on Rails quickly became the breakthrough framework. It wasn’t a fad – it became a classic. While it captivated startups, enterprise web development also saw the rise of a new framework that made applications inexpensive, efficient, and reliable.
7 Advantages of Ruby on Rails for Web Development #ruby #rails #rubyonrails #bosnia #programming #tutorials #rubydeveloper #railsdeveloper

Behind the Scenes: Devise