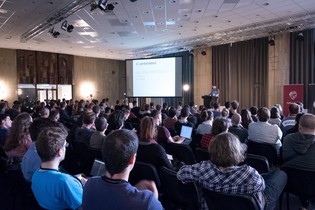 Since its public release in 1995, Ruby has drawn dedicated coders worldwide. I’ve joined the Ruby community almost 2 years ago, and it is probably the best I’ve been a part of. These past days, during the Balkan Ruby Conference held in Sofia, Bulgaria, I had the opportunity of meeting many amazing people and hearing some awesome talks.You probably won’t have it like this in many other communities. Here’s to you Ruby folks! And many, many thanks to the organizers and RubyOnRails Bosnia for providing us with the tickets for this conference!.